Linux Hosting is one of the most used web hosting, in relation to Windows Hosting. There is no specific formula to determine which hosting operating system to choose. However, there are guide parameters that will make you select the one that is best for you.

Most of the web page hosting servers are Linux, regardless of whether your computer is Windows. It is a kind of software that mediates the server hardware and the applications to be run.

When to use Linux Hosting?

In other words, Linux is the software that your computer needs to use programs such as: text editors, games, Internet browsers, among others. Linux also has utility through a graphical interface in the same way as Windows or MacOS. However, it can also be used via command line like DOS.

Linux services are mostly suitable for using PHP, Perl and a MySQL database. Another method of use is if you want to install a content manager such as WordPress, Joomla, Drupal or any one based on PHP programming.

It is important to note that it does not matter if you have Windows installed as the operating system on your pc. In the same way, it does not fundamentally require obtaining knowledge since Linux Hosting providers offer a maintenance panel where users have the possibility of managing their hosting. You can perform tasks such as creating email accounts, databases and creating FTP accounts, among others.

The Linux Hosting service is very efficient and the most stable and comprehensive of all the hosting services. It has many beneficial features for its clients and provides trust and security for your web sites. However, there are problems or inconveniences in the use of this web service. Join us to know its advantages and disadvantages.

The Linux platform constitutes a robust platform, which makes it impossible to violate the privacy of the system. The system has protection and security measures, however, they are not free from being hacked since they do not depend directly on the server but on the composition of the web application’s programming.

It is very aware of security holes to prevent malicious code from affecting privacy. This factor is valid for both Linux servers and Windows servers.

Linux Hosting offers great stability which favors a good functioning of the applications it is in charge of, such as multimedia elements, web servers, databases and many more. Another element that makes applications run a little faster on Linux is the efficiency of its codes, which has a large team of developers who work to improve the system to obtain a more efficient operation every day.

All Microsoft products require a license, this is a factor that significantly raises the price. Linux servers have free codes, that is, users can install this type of system without making any payment.

It has other very important advantages that are necessary for all its users to know since it is a modifiable application that has the ability to obtain many applications on the internet, it has powerful graphics systems and it is completely free software.

• You must have knowledge and use of the hardware to be installed.
• In cases, it is incompatible with different distributions.
• Incompatibility with some devices.
• Configurations are complex for use by an inexperienced and inexperienced user.

Why choose Linux and not Windows?

Linux is one of the most robust, stable, and fast-performing systems. It can be used by multiple users and has the ability to perform many tasks. Linux, relative to Windows, supports many more graphical environments.

It has endless free programs and has the ability to connect to networked machines naturally. They provide services without relying on third parties and offer translated legal documentation. Linux is almost virus free, it is a very secure platform.

Choosing the correct hosting service depends largely on the technologies that were applied at the time of originating your websites. Linux does not work with Microsoft technologies such as ASP or .Net. In addition to this, opting for a Linux web hosting helps to reduce costs which constitutes great benefits for customers.

The support offered by the Hosting servers constitute an essential factor in the web hosting service since it speaks a lot about the quality of the service. It also has open code which means that you can have access to it for free.

If you want to save money and time getting programs, Linux is your best option. It also offers the possibility of modifying files other than your own operating system, which gives it greater flexibility.

What is the stability and reliability of Linux?

Linux is based on Unix, which was specially designed to provide stable and reliable systems. Linux systems are very famous for their performance and speed. Many of the systems operate with little chance of errors and failures.

One of the factors that makes it special and the most chosen is that its performance is maintained over time. With the use of this operating system you will avoid memory filtering problems and a lot of time online.

Allows modification without the need to restart the operating system, the opposite of Windows Hosting. They also fix system performance problems. Allows you to use both server and desktop applications.

It has a positive focus on meeting web hosting needs, you must take into account the benefits of hosting providers and not just the type that suits you. Linux servers tend to be more reliable which means that their performance is much better compared to others. 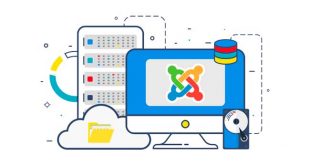 Windows Hosting for many years has dominated the hosting services in the market. Windows as …

This website uses cookies to improve your experience while you navigate through the website. Out of these cookies, the cookies that are categorized as necessary are stored on your browser as they are essential for the working of basic functionalities of the website. We also use third-party cookies that help us analyze and understand how you use this website. These cookies will be stored in your browser only with your consent. You also have the option to opt-out of these cookies. But opting out of some of these cookies may have an effect on your browsing experience.
Necessary Siempre activado
Necessary cookies are absolutely essential for the website to function properly. This category only includes cookies that ensures basic functionalities and security features of the website. These cookies do not store any personal information.
Non-necessary
Any cookies that may not be particularly necessary for the website to function and is used specifically to collect user personal data via analytics, ads, other embedded contents are termed as non-necessary cookies. It is mandatory to procure user consent prior to running these cookies on your website.
GUARDAR Y ACEPTAR